Fraudulent clicks in Google Ads: what they are and how to fight them.

There are many extremely competitive niches in Google Ads, such as locksmiths, boilers, washing machines or removals where the competition is so voracious and unfair that competitors have the habit of doing a search in the morning for the most expensive keyword while They eat breakfast and click on all the competitors’ ads before going to work. Then they repeat this ceremony at noon and at night so as not to lose good customs. They also put their entire team to collaborate with such a laudable undertaking, what do you think?

It is also common for many of the companies in these sectors to rely 100% on Google Ads conversions to get customers. To the point that the possibility of continuing to invest one day in Adwords depends on the clients that have been obtained the previous day. That is why the situation can sometimes be dramatic and fraudulent clicks a difficult nightmare to combat for many advertisers.

To be very clear, it is a person / s or automated system that clicks on Google Ads ads in order to consume the budget of a third party, preventing it from achieving the desired objectives and acting against its interests. It is especially serious in search where the CPC is usually much higher.

Normally it is the competitors who take care of it. The great difficulty of some fraudulent clicks is that they follow behavioral patterns exactly the same as those of the clients themselves, so differentiating them becomes very complicated. At the macro level, the problem is so serious that different sources estimate it at 6.3 billion dollars.

How to fight fraud in Google Ads?

Now that the problem is clear, let’s move on to explain the solutions and how to combat fraud:

The first filter that we must recognize in any Adwords account is that of Google itself, which, first of all, filters the clicks that it identifies as invalid before debiting them from the account. It does this through a system of automatic filters that are capable of recognizing abnormal behaviour. These filters cannot control 100% of the fraud and, to complement it, Google has assigned a team of people (Google Ad Quality Team) to manually investigate other frauds. It is not a perfect system, but it is the first step to avoid fraud.

Every time these invalid clicks are identified, Google shows them in billing:

To know how many clicks there are and the percentage of invalid clicks, you must go to columns > performance > and select the metrics you want to be displayed.

It is an Adwords tool that allows you to add IPs so that the ads are never shown again and prevent them from being able to click. It must be the first complement to Google’s automatic system and requires proactivity to progressively add those IPs that are detected as fraudulent.

What criteria do I follow to know if it is fraud? This will depend a lot on the niche, but if it is services from the third click you can start to consider it strange and prone to being excluded.

How do I get the IPs? You should know that neither Google Ads nor Analytics will show you IP information because it is considered personal information. However there are other alternative methods where you can get the IPs:

In the cpanel you can find all the IPs that came to your website, download them in an excel and start adding to Adwords.
Chats: This may seem surprising to you, but many chat software capture the IPs of the visitors and, that allows the collection for later exclusion.
You should know that the click exclusions tool has a maximum of 500 IPs.

Advice: exclude the IP of the agency and the advertiser from the first day to avoid temptations to look for each other.

Since the most expensive clicks occur in search, an interesting strategy is to prevent your ads from appearing in search a second time to those who have already clicked once. This way we prevent the same user from clicking twice. Of course, if it does not convert, we do not want to miss the opportunity and we will try again with Display remarketing. The difference that we are not going to pay for this second click in search, but in display. This can decrease our CPC by up to 1000%.

Search remarketing and search campaign delisting allows us, for example, to prevent everyone who clicks on our ads from seeing our ads. To do this you must edit the duration of the affiliation with a maximum of 540 days:

In this way, in niches where the recurrence is small, such as removals or repairs, the entire budget is used to bring in new users… and in the process avoid the competition.

As you can see, it is an interesting complement to the exclusion of IPs.

How do you do this? On the Audiences > Exclusions > Exclude Audiences tab

4.Investigate the geographical origin of the clicks

Imagine that your geo-targeting is limited to your city or region only, and in the geography report you start to see a significant volume of clicks from Russia or China. That is definitely a sign that something is not right. At this point you can request an investigation from Google (next point), exclude the IPs and/or exclude those geographies.

In Google Analytics you have the frequency and reach metrics available. If you see that the frequency of times an Adwords user returns is high, something is wrong and you have another reason to start suspecting abnormal behavior.

6.Other patterns to suspect

In addition to the above, you can also be suspicious when user behavior is not normal, such as:

There are significant spikes in impressions not accounted for by seasonality.

Significant drop in the number of page views of visitors who came through Adwords.

Significant increase in the bounce rate of visitors who came through adwords.

Significant drop in conversions without a decrease in clicks.

7. Ask Google for an investigation

If you have sufficient reasons and data to believe that you are suffering from fraud, you should request an investigation from the Google team to validate if your hypothesis is valid. Although it does not happen very often, if they believe there was fraud, the money will be returned to the account.

8. Accept that controlling fraud 100% is impossible and is part of the game

As I mentioned above, sometimes the behavior of competitors is identical to that of a potential client and this makes it impossible to control.

To control fraud, you must have advanced knowledge of the tool that allows you to implement strategies that minimize the impact. The combination of all of the above and the proper use of each one will ensure that the level of fraud is always controlled in your account and that you can sleep at night. 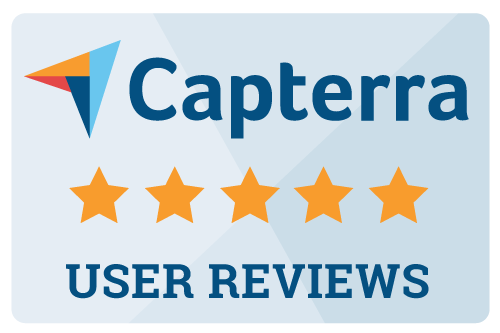